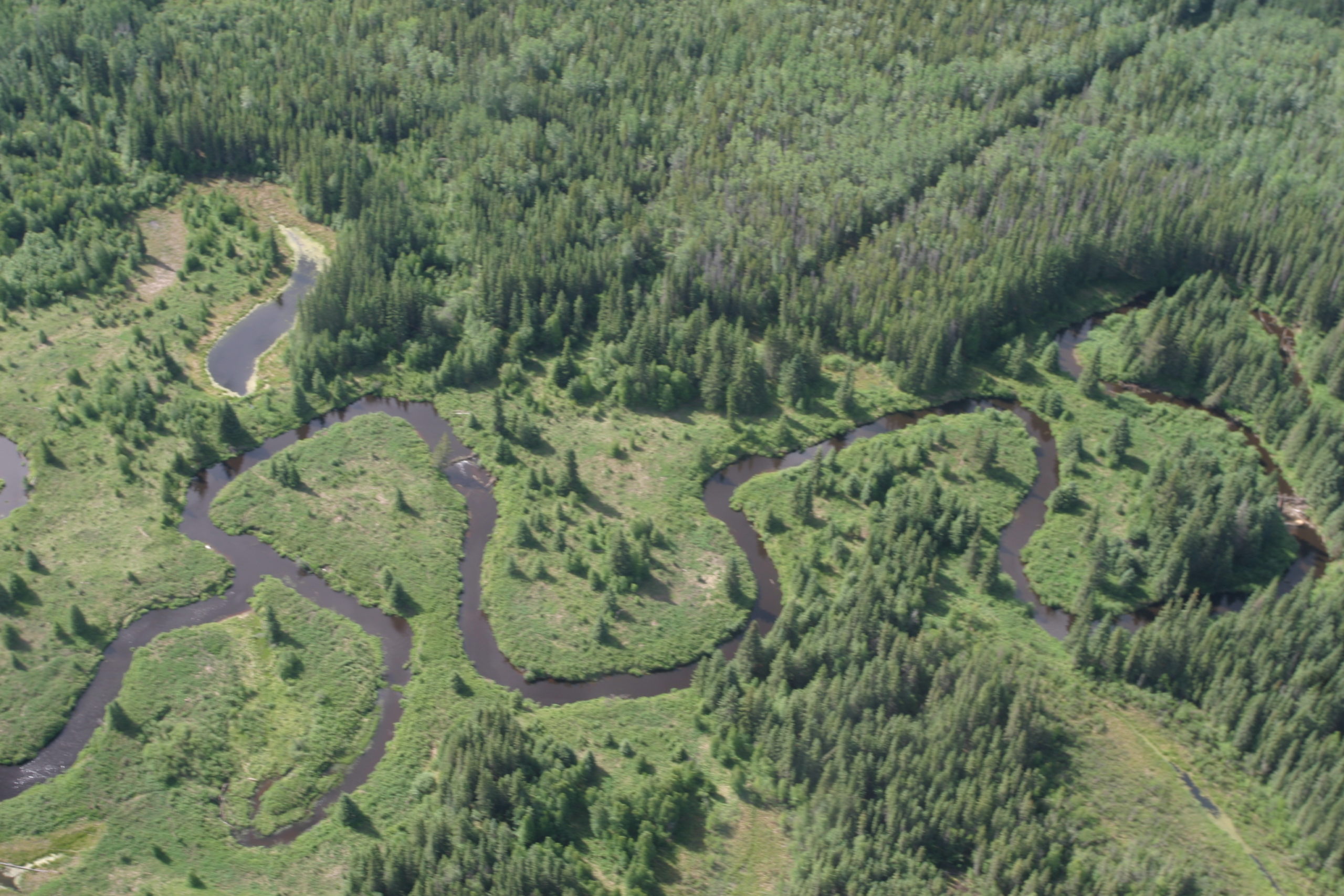 We call the prairie around the Osborne River, before it joins the Doig, Nętl’uk, which means “End of the Flats” or “End of the Prairie.” Watch Sam Acko tell about Nętl’uk.

This is a spot where many of our people camped before we were forced to settle on reserves. Billy Attachie tells about the Dreamer Oker, who often travelled through the area on his seasonal rounds.

Listen to one of Oker’s Dreamer’s songs.

Chief Succona built a trapping cabin here and he used it until his death in 1952. His son George Succona, who is now our oldest band member, continued to trap here in the spring and fall time until the area was disturbed by the construction of an oil well and associated pipeline in the 1980s.

Inspired by the river setting, Sam Acko told a traditional Dane-zaa story about Mosquito Man at Nętl’uk in 2005. By continuing to use our land and by telling the stories that we associate with particular places, such as Nętl’uk, we keep our traditions alive.