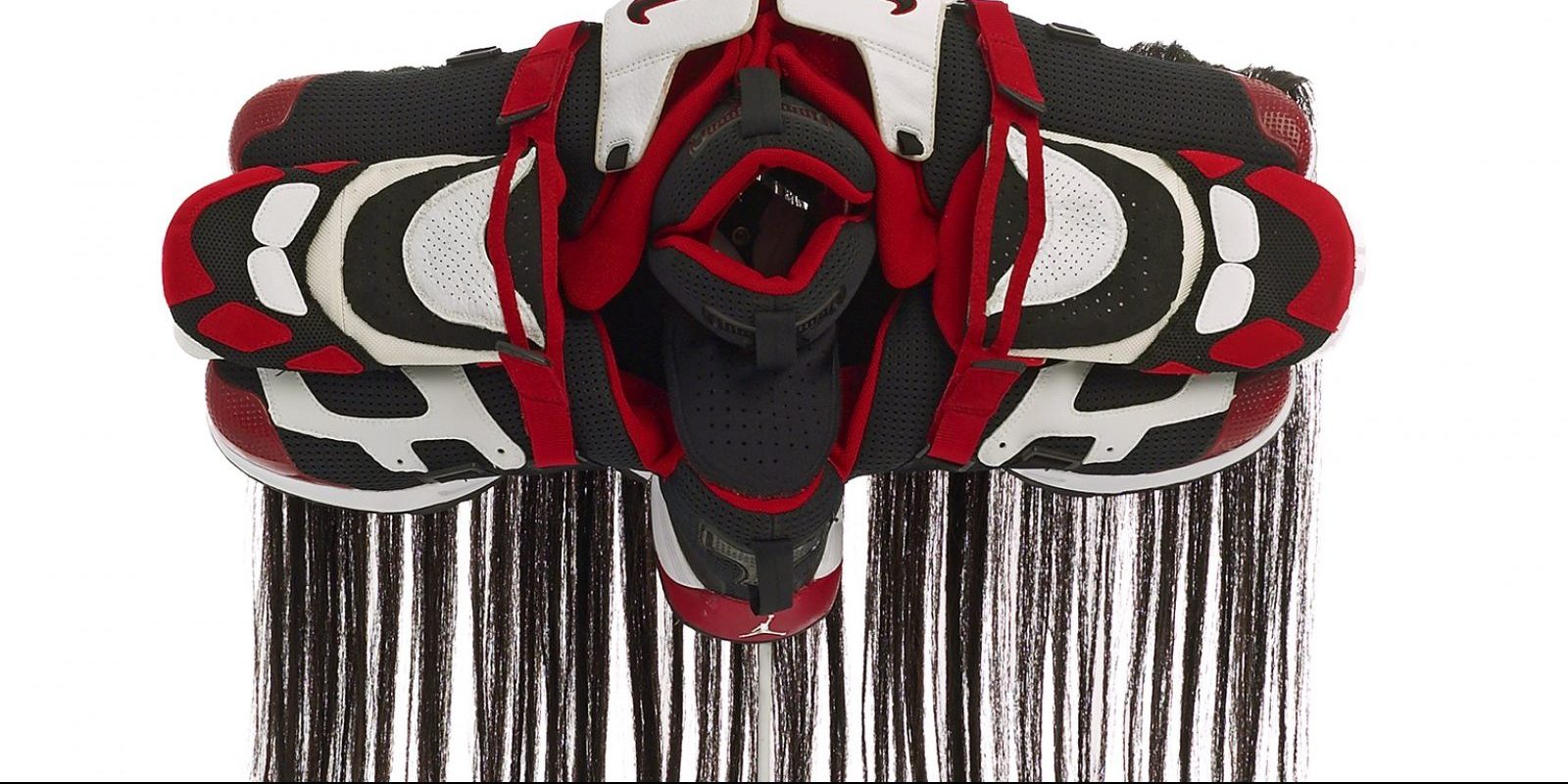 Brian Jungen is a Canadian artist based in Vancouver. Jungen was born in Fort St. John, British Columbia on April 29, 1970 to his Dane-Zaa mother and Swiss-Canadian father. He grew up in Fort St. John and moved to Vancouver for his post-secondary education where he graduated from the Emily Carr Institute of Art and Design in 1992. Following his degree, he spent time studying art history at Concordia University in Montreal, before moving to New York in 1992. He presently lives in the North Okanagan of British Columbia and enjoys a balance of residing on a ranch and touring in cities with his art.

Brian works with a range of materials, recycling, reusing and repurposing.  Indigenous culture and politics have been central to his work, but a wide variety of other interests and themes are also demonstrated through his pieces.

In 1999 Jungen had a solo show at the Charles H. Scott Gallery where he showed his Prototypes for New Understanding (1998-2005). The exhibition “caught the eye of the nations art journalists, critics, academics and curators”, and when the Vancouver Art Gallery purchased several of the sculptures, Jungen’s importance and legitimacy was sealed. Watson, Scott. “Shapeshifter.” Brian Jungen: CAG, Contemporary Art Gallery, 2002, p. 12-13.

The Prototypes for New Understanding saw Jungen dismantling Nike Air Jordan sneakers, and reassembling them into forms with a striking resemblance to Northwest coast Indigenous masks. The sculptures poignantly drew a comparison between western material fantasies and the fetishism of the ‘other’ in settler society.  Medina, Cuauhtemoc. “High Curios.” Brian Jungen, Vancouver Art Gallery, 2005, p. 31.

In 2000 Jungen had a solo show where he mounted Shapeshifter, the first of an eventual three whale skeletons built out of white plastic lawn chairs and suspended in the gallery as if at a natural history museum. The 30′ long sculpture pointed to anthropological methods of display, natural resources, commodification and globalization, among numerous other thematics that activated the work. The idea of the captive whale was also important to Jungen’s thinking as he saw “a parallel to the situation of the First Nations individual who is both marginalized and fetishized by mainstream culture”.  Rimmer, Cate. “Brian Jungen: Serious Play .” Visions, vol. 7, no. 3, July 2001. Augaitis, Daina. “Prototypes for New Understanding.” Brian Jungen, Vancouver Art Gallery, 2005, p. 10.

By 2010, Brian was creating pieces incorporating raw animal hides, frames in car parts; this creativity resulting from his visits back home in northeastern BC.

Over the years, Brian has continued to create unique pieces and exhibits including ‘Court’, a life-sized replica of a basketball court, made of sweatshop sewing machine tables, demonstrating globalization, exploitative labor and sport fetishism.

“They kind of fluctuate between absurd and uncanny,” Brian Jungen’s response when asked to describe his art pieces.

Doig River First Nation is proud of Brian’s accomplishments and, along with the rest of the world, looks forward to continuing to experience his thought provoking creations in the years ahead.

Doig River First Nation is proud of Brian’s creativity and success and looks forward to experiencing his thought provoking creations in the years ahead.